Networking Etiquette Around the World. 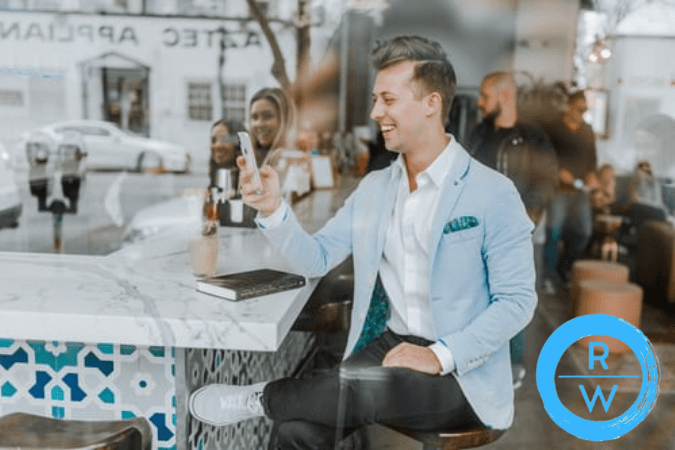 We now live in a fully global society, where it's imperative to have an awareness of cultural differences as they relate to networking etiquette. We often notice differences within our own states, and certainly between regions of the nation; but what about businesses that are networking with businesses in other parts of the world?

Differences in culture can become stumbling blocks to developing a strong relationship--which is, after all, the ultimate goal of networking. It becomes very easy for a "them" vs. "us" situation to develop, and to focus on the differences as problems that'll hinder working together. It's important to find things that bring you together--things that are similar for us all. For example, we all speak the language of referrals, and we all want to do business based on trust. This transcends many cultural differences.

That said, we should be aware and prepared for some of these particular cultural differences that can affect the way we network with other cultures. These can be as simple as the way we hand out a business card, to as complex as how close we stand to one another and the usage of specific idioms.

Networking in today's market takes finesse and knowledge of the culture in which you're networking. Here are three areas where cultural differences mandate a closer look at networking etiquette:

Business Card Etiquette
Exchanging business cards is an essential part of most cultures. In most Asian countries, after a person has introduced him or herself and bowed, the business card ceremony begins. In Japan, this is called meishi. The card is presented to the other person with the front side facing upwards toward the recipient. Offering the card with both hands holding the top corners of the card demonstrates respect to the other person.

The business card means much more in the Asian culture than it does here in America; it's truly an extension of the individual and is treated with respect. Things like tucking it into a pocket after receiving it, writing on it, bending or folding it in any way, or even looking at it again after you've first accepted it and looked at it aren't considered polite and can insult your fellow Asian networker.

Consideration of "Personal Space"
When networking and meeting others with whom you wish to pursue word-of-mouth marketing, it's crucial to understand the subtle, unspoken dynamics of personal space in every culture. Someone might not even be able to put a finger on what it is that sours the business relationship, when in reality, it's nothing more than discomfort from having his or her "bubble" encroached upon. Some cultural dynamics are fine with close, personal interaction, while others demand a bigger bubble. This is not a point to underestimate.

In Saudi Arabia, their social space equates to our intimate space, and you might find yourself recoiling while your business associate may get the impression that you're stand-offish. In the Netherlands, this might be reversed due to the fact that their personal space equates to our social space. Do your homework and be sensitive to cultural differences in this area. You may find it interesting to take a look at how this pertains to dealing with businesspeople at home as we mix more and more with professionals from other cultures in our everyday dealings.

Use of Slang
When using slang in a business environment, you might want to keep in mind that what means one thing to us might have no meaning, or a very different meaning, to a businessperson from another culture. I have some personal experiences in this area, some humorous, others quite embarrassing!

One of my business associates and I were talking with his business partner from South Africa. Even though we were all speaking English, one of the phrases we used caused his partner to go completely silent. We had both reassured him that we would keep him in the loop regarding some aspect of the business. It wasn't until two weeks later that he re-established contact with us and shared that he finally understood what we really had meant. You see, in his dialect, we had told him that we would keep him pregnant! Not at all what we had intended, I can assure you.

In another case, we learned that some European countries don't have a direct translation for "word of mouth", so they translate it to "mouth to mouth". I had to explain that this has a totally different connotation in the United States. There were a lot of people over here getting quite excited about this "mouth to mouth" marketing taking place in Europe!

Another example is that it took me a few minutes to figure out what my Australian associates were saying when, upon meeting me, they all said (incredibly fast): "g'daymight". I finally had to ask and was told: "Oh, for our American friend here--we are saying 'good day mate'."

If you have the ability to consult with someone in that country who's familiar with that culture before interacting with their businesspeople, jump at it. It was invaluable to me to be able to have my Israeli Director in BNI, Sam Schwartz, coach me regarding the Orthodox Jewish custom of not shaking hands with someone from the opposite gender. He and his associates effectively coached me on how to recognize when a businesswoman was an Orthodox Jew by noting if she was wearing any type of head covering (a normal hat would not have been recognized by me as this type of indicator, had he not coached me in this), or a knee-length skirt with opaque tights worn underneath so that no skin was visible. Again, I wouldn't have even noticed that this was any type of indication, but he was able to clue me in.

As you have the opportunity to network with others from different cultures and countries, don't hesitate because you're not sure how your actions will be interpreted. Do your homework ahead of time. One great resource for information on customs and business etiquette  . When I have the opportunity to travel to another country to do business, I often check in here to be sure I'm not going to make an inappropriate gesture, remark or other offensive behavior.

Networking basics are universal. With some care for taking into account those cultural nuances that'll give you a leg up, you can be assured that your networking etiquette will be appreciated here at home, and as your business takes you into other countries.