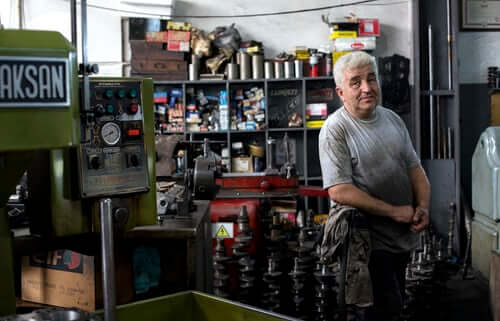 Without seasonal adjustments, first-time unemployment claims amounted to almost 950,000 for the week.

First-time unemployment claims on the rise

The number of first-time unemployment claims increased from the previous week. It was the third time there was a week-over-week increase in the last four weeks. The decline last week followed the Thanksgiving holiday.

In addition to standard unemployment applications, 427,609 people filed under the Pandemic Unemployment Assistance Program, which assists self-employed individuals. The number isn't seasonally adjusted, and it also marks an increase from the previous week. In all, 1.4 million people filed initial claims for unemployment last week, without seasonal adjustments. That's also the highest number since the middle of September.

Daniel Zhao, senior economist for Glassdoor, told CNN that the increase in first-time jobless claims is "especially concerning" because total claims are still higher than the levels seen during the peak of the Great Recession.

Trouble in the labor market

Continued unemployment claims, which include workers who filed for benefits for at least two consecutive weeks, increased to 5.8 million as seasonally adjusted for the week that ended on Nov. 28. That was the first time continued claims rose since late in August.

According to CNN, economists have been studying the continued unemployment claims numbers. Many believe the recent declines might be the result of workers filing under other programs like the Pandemic Emergency Unemployment Compensation Program because they exhausted the benefits they are allowed in their state.

For the week that ended on Nov. 21, the number of people who filed for that program fell to 4.5 million. However, the data lags the numbers found in the rest of the jobless report, which means it doesn't cover the more recent weeks in which conditions worsened.

The December jobs report isn't due until early next month. The worsening numbers are negatively impacting expectations for that report, according to Action Economics Chief Economist Mike Englund. He said in a note seen by CNN that last week's monthly jobs report revealed a sudden deceleration in the economic recovery. He added that climbing jobless claims just "add to the picture of a slowing recovery this winter."