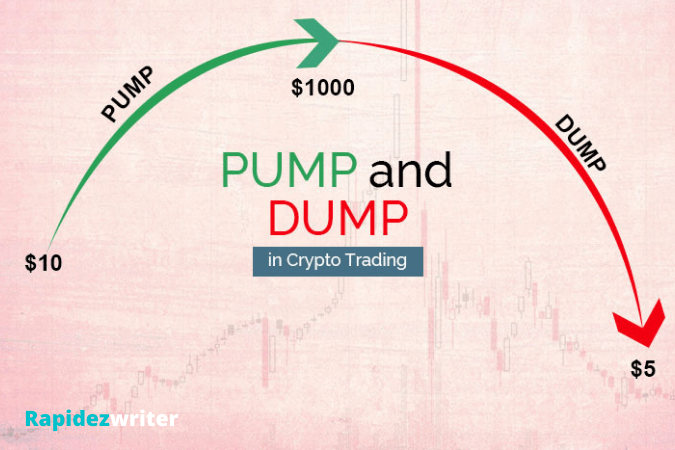 The retail trading frenzy that drove up shares of GameStop Corp. and AMC Entertainment Holdings, Inc. has again spilled over into digital assets as prices on little-known alt coins surge.

“You have a whole new population of people coming in who are primed to participate in pump and dump who maybe wouldn’t have previously,” said Tyler Moore, a professor at the University of Tulsa who co-wrote a peer-reviewed paper ‘An Examination of the Cryptocurrency Pump and Dump Ecosystem’ that looked at more than 3,400 schemes hatched in 2018.

He says all indicators are that it’s happening again in the cryptocurrency sphere after the run-up in Bitcoin earlier this year and the frenzy in retail stocks, with traders seeking to inflate prices so a small group of investors can profit off the surge.

With day traders bored and stuck at home, some flush with cash from stimulus checks, the rapid appreciation in prices from GameStop to Dogecoin has taken the market by storm. But with little in fundamentals to back up the case for buying these assets, the likelihood of them cratering is high, leaving novice traders who jumped in on the hype vulnerable to steep losses.

Last week Dogecoin -- the Shiba Inu-themed token which was originally created as a joke by software engineers Billy Markus and Jackson Palmer -- surged after Tesla Inc. co-founder Elon Musk posted a photo of faux magazine “Dogue” featuring a dog in a red sweater. Retail investors took this as a signal to invest in the token, sending its price soaring about 300% over the past week, according to Live Coin Watch.

XRP, the token at the center of a lawsuit brought by the U.S. Securities and Exchange Commission against Ripple Labs Inc., spiked 76% last week before paring gains. Online retail traders have urged investors to pile into the coin after it was delisted from several exchanges. It is currently the fourth-largest coin by market capitalization.

Cat Token (CAT) is up around 400% in the last week, according to Live Coin Watch. The coin has since pared its gains, but that hasn’t stopped groups from promoting the feline-themed coin. Shiba Inu (SHIB), not to be mistaken with Dogecoin, popped in trading volume from about $523 worth of trades on Jan 29. to over $48.2 million by Feb 1. amid online promotion before plunging Tuesday, according to CoinMarketCap. The coin is trading at a fraction of a dollar.

“You’ve got the get-rich-quick guys who see the price movements and go ‘Let’s keep this party going. I want to make a lot more money and I want to make it really quickly. I want to capitalize on this trend before it inevitably bursts into flames,’” said Craig Erlam, senior market analyst at OANDA Europe.

While pump-and-dump schemes have traditionally been most associated with penny stocks, the crypto market has some unique characteristics that may make it particularly vulnerable, Moore and his colleagues say.

There were nearly 1,600 actively-traded tokens as of July 2018, according to CoinMarketCap. Since then that number has ballooned to nearly 4,000.

Jeff Dorman, chief investment officer for Arca, an investment management firm specializing in digital assets, says that while there may be little reason on a fundamental basis for the price jumps in speculative coins, the moves aren’t necessarily an indicator of pump and dumps.

“Ripple (as XRP is often referred) absolutely moved artificially,” he said. “I wouldn’t call it a pump and dump, per se, so much as I’d call it misinformation and a gambling mentality.”

When assets that have little underlying value surge in price, that could spell trouble for those buying in for the sake of jumping in on the zeitgeist of the moment. Prices will almost revert back -- as GameStop is doing Tuesday -- and somebody will be left holding the bag.

“XRP just happened to be the latest one to be caught up in the Reddit crossfire, but it won’t be the last,” Dorman said. “It’s the same game happening across a lot of semi-liquid assets right now and we’ll see how long it lasts. It generally will end in tears.